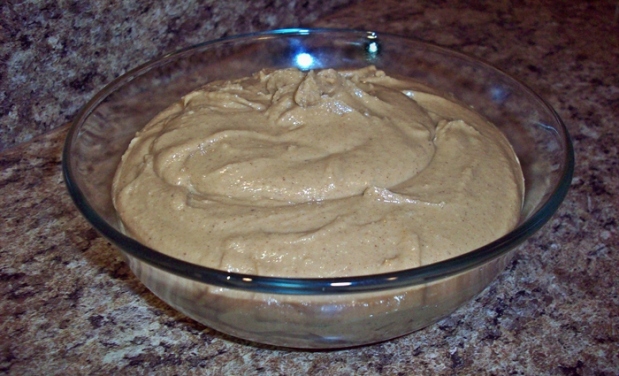 You will quickly catch on that I have a thing for cinnamon. I love the way it smells, I love the way it tastes, pretty much I love everything about it.  If I can find a way to add it to a recipe, I will.  So when I looked into making my own peanut butter, I knew I would be adding in some cinnamon flavor.

Peanut butter is one of those things that is so unbelievably easy to make that you will wonder why you didn’t start earlier.  At its most basic recipe (here), all you need is a jar of unsalted peanuts and a good food processor; that’s it!  Dump those peanuts in and let the food processor do its magic.  After 5-7 minutes, you will have homemade creamy peanut butter without all of the extra stuff that is in the store-bought versions!  And once you get the method down, it’s easy to experiment with flavors to find what you love; like me with this honey cinnamon version.   Enjoy!!

Directions:
Place the unsalted peanuts into a food processor.  Turn it on high and begin to grind peanuts, stopping to push down the ground peanuts as needed. After 5 minutes or so, add the cinnamon, salt, honey, and oil (if using) and blend another 2 minutes until creamy and well mixed. Store in a tightly sealed container in the refrigerator for up to 2 weeks.